MECCA - THE HEART OF THE MATTER

#METOO is Not for Everyone 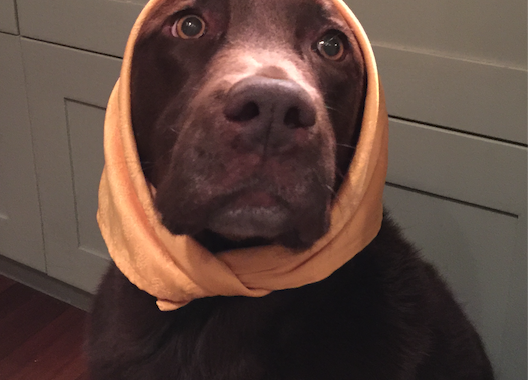 When I lived in Paris and worked as a journalist, I had a weekly radio program called An American in Paris. No subject was off-limits. A news subject that caught my attention one day was about a young Black man who was dragged behind a pickup truck in Texas, horribly tortured until he died.  Shocked and furious, my reaction on the radio was to call for the death penalty. A position I never took before.  Comments came pouring in from the international community. Either you are for or against the death penalty but you can’t pick and choose when to use it. Eventually I regretted my radio spot since I realized it trivialized the whole notion of the death penalty. Worried about a day when a kid could find him or herself on death row for stealing a candy bar. The punishment must fit the crime.

When courageous women come forward to speak up about sexual abuse—whether at the hands of Donald J. Trump, Harvey Weinstein, Bill Cosby or countless others-they are talking about criminal acts, which they are. Any form of nonconsensual sex through intimidation—be it physical or psychological—justifies criminal punishment. To that there is no question. Period.

“Making me feel uncomfortable,” as women are accusing Andrew Cuomo of doing, is also wrong, and definitely inappropriate. But is it sexual abuse?  When being made to feel uncomfortable gets included in the definition of sexual abuse, does that not trivialize the latter? Anyone hugging anyone, without knowing if that person wants to be hugged or not, can be inappropriate, for sure. But is it in the same league as rubbing your body against someone, grabbing them by the pussy, drugging them into submission or forcing them in any way to have sex? Of course not. There is a difference between inappropriateness and unmitigated savagery. By lumping them together doesn’t inappropriateness rise to the level of savagery? Far worse, doesn’t the hideousness of forced sex somehow get ameliorated when it can be also defined as merely inappropriate? Asking a woman if she would consider going out with an “older man” is a question. It may be a stupid, inappropriate question, especially coming out of the mouth of a boss, but is it a crime? It may, in fact, deserve consequence, but how severe? Telling a woman you would like to kiss her or putting a hand on her bare back or shoulder might cause most women to “feel uncomfortable.” If so, it’s wrong, and if done serially does necessitate consequence. But back to Cuomo, calling for his removal, or smearing him across newspapers as a serial sex abuser for his inappropriateness is just not just. And it’s not right. It trivializes the likes of Trump, and Cosby, Weinstein and Epstein and the throngs of other sexual abusers known and unknown, who traveled far beyond inappropriateness.

When I worked as a journalist in television and in print several decades ago, being “uncomfortable” in the workplace was my fear of losing a job. And, as a single mother, that was the most frightening consequence I could imagine.

Women, who, with or without the thought of the consequences, can and do ruin a man’s reputation, family, and career. Yes, there are times a man deserves to have his life thrown down the drain. And yes, women who are harassed or abused have every right to bring their grievances forward.  But I worry if the women who report a man who has been “looking at my legs,” or “hugged me too tight at a wedding” are looking for justice or are striving to belong to the #Me Too Club.

It doesn’t appear that they consider what their claims do to the women who have been truly abused. It negates the meaning of horrific sexual abuse and makes the definition lose meaning and critical importance when the accusation amounts to nothing.  Ending an unwanted hug, or a hand on a back in a social gathering, or a question about dating an older man are easily rebuffed.  As Nancy Reagan said about taking drugs, “just say no.” Or if you are too shocked or mortified to speak, turn and walk away. Or, if the man follows you, and you happen to have Gloria Allred on speed dial, call her and see what she advises.

A vigilant feminist knows the difference between sexual abuse and an unwanted word or touch. Being a true advocate of women’s rights is about fighting for equality. Social justice does not mean staying within the boundaries of social correctness. Feelings of fragility should not include posing as a victim to gain the attention and respect of the real victims of sexual violence. For me, this is a generational issue. Our generation under-reported “abuse” because men were excused for much of what they are held to account today. “Boys will be boys,” as a retro Melania Trump said after her husband was caught on television saying he could grab women “by the pussy” and get away with it because he was rich and famous.

We were ignored socially and legally when we reported abuse. Either we were fearful of not being believed or afraid of repercussions from our abuser.

Unhappily those fears are still at play today, but fortunately we see the wall of silence being breached more and more when it comes to sexual abuse. However, when hands on a back get confused with drugs in a drink, or when making someone feel uncomfortable gets the same sentence as making someone submit, we have lost our way. By doing so we are disrespecting women who have suffered far more.

Remember what the feminist revolution was about. Think about the women who were victims of Cosby, Weinstein, Trump, and so many other violent and despicable men. Stop trivializing those who were attacked, beaten, and often killed.

Think about what we fought for and marched against.

Perhaps # MeToo should clearly define sexual abuse and have a charter which lists the conditions for membership. And when someone makes you feel uncomfortable tell them, directly, if possible, or, indirectly, if need be, to cut it out.  And then walk away.

Barbara Victor's blog ranges from Middle East issues to international gossip, and includes her opinions, commentaries, criticism and analysis on all social, political and cultural matters. In other words, Barbara gives her perspective on the mecca or center of the world today. She welcomes all comments - laudatory and scathing. If you have something to add to the conversation, please email Barbara directly at barbaravictorsmecca@gmail.com